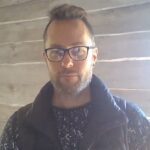 Do your app users need to perform ‘complex’ operations in order to get involved in your project? Do you want to take part in the account abstraction (AA) evolution of EVM-compatible blockchains? By simply implementing Etherspot’s BUIDLer Component you can offer a smooth cross-chain experience for every user with all necessary transactions taken care of in one click, functioning exactly as you program it,

Etherspot has recently released BUIDLer Component. It’s a plug & play product that removes the complexity of building DeFi apps, blockchain gaming apps, NFT platforms and essentially any app that wants to access communities on a host of EVM compatible chains.

BUIDLer is a customizable React component that’s highly capable of performing advanced cross-chain and multi-transactional operations while being ultra streamlined for implementation into existing apps.

BUIDLer was created to address the challenges faced when taking any projects’ apps multi-chain or cross-chain.

Developers often face challenges while building architecture for Web3. It’s part of the job right? These hurdles consume huge amounts of time to overcome and sometimes distract attention from the core function. That’s why BUIDLer is here.

The Etherspot BUIDLer was designed to minimize the challenges faced and allow more time and energy to be poured into crafting the optimal product without having to re-invent the wheel on every front.

In our experience building apps, we discovered that this kind of flow confuses users and many become worried that they are passing on their signature to a 3rd party site, because Chrome or other browsers throw up security warnings about the inclusion of iFrames (iFrames are the most common method for click-track hacking).

These sticking points lead to confusion and worry for end-users and extended development periods in an industry which moves at break-neck speed.

Confusion and worry are not the user experience anyone wants!

BUIDLer Component abstracts all this complexity away from projects looking to step up to the frontier of cutting-edge cross-chain apps.

Being a React component, existing React-based apps can implement this component, programme it however they wish it to operate with customisable component design coming very soon. Projects will be able to style the component to reflect their existing brand ID.

No longer do projects have to be concerned over losing users who need to interact with other competitor protocols or platforms to get involved with their projects.

Who Is BUIDLer Component Useful To?

BUIDLer can be applied to a vast range of apps and products.

Let’s say your project is built on Polygon. Before BUIDLer, getting users from other chains would have been a complicated operation of interacting with multiple apps (bridges, swapping protocols and network switching) often leading to the loss of new or non-technical users.

With BUIDLer you can expand your reach to users from any supported EVM-compatible blockchain (currently 13 with more to come) while offering them simple one-click entry.

Let’s take a look at the options projects which integrate BUIDLer will have.

The BUIDLer can be programmed to offer any of these abilities to users specifically for the actions you require in your app.

So go and test the https://buidler.etherspot.io/ out and implement it to massively shift your apps abilities without all the usual hassle.

We recently launched Etherspot Dashboard to showcase the features of BUIDLer. It’s a cross-chain enabled, Web3 portfolio command centre. The Dashboard gives users the ability to switch their key-based wallets over to a smart contract wallet and benefit from all the account abstraction features available.

Suddenly, you can manage all your assets in one place and move between chains seamlessly without even having to change network or have gas tokens on the destination chain.

Besides these to features, it grants the user many other abilities too, with more cutting-edge functions being added in the upcoming weeks.

Many of the Dashboards features are powered by the BUIDLer Component so it gives a clear indication of what BUIDLer can achieve.

We’re excited about what you can build with the help of BUIDLer. Now get out and BUIDL!